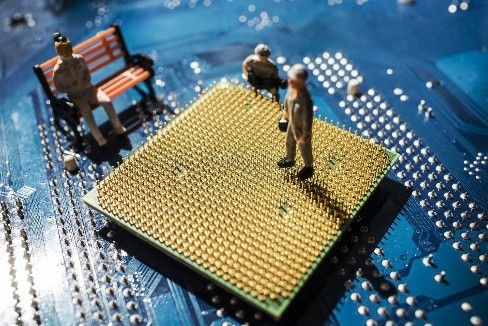 The U.S. National Semiconductor Economic Blueprint (NSER) initiative was launched on the 29th, including TSMC, Intel, NXP and Microchi and other indicator factories responding, and the first meeting is planned to be held in October. TSMC's new U.S. plant CEO and general manager Rick Cassidy said he expects TSMC's new Arizona 5nm plant to contribute to a thriving semiconductor ecosystem in the United States.

The NSER initiative of the United States was initiated by the State of Arizona and connected with related companies. The goal is to improve the competitiveness of American semiconductors and to win the participation of dozens of states. Together with the participation of the American Semiconductor Industry Association, the goal is to become the driving force for strengthening the federal semiconductor industry policy in the United States.

Rick Cassidy is also the senior vice president of TSMC's Corporate Strategy Office, and was mainly responsible for TSMC's North American business in the past. In recent years, he has continued to cultivate locally and is responsible for the management of TSMC’s Fab 21 in Arizona. He is also a member of the Board of Directors of the Global Semiconductor Alliance (GSA).

It is understood that TSMC’s wafer fab 21 is still in the early stage of construction in the local area, and some machines and equipment will begin to enter the plant at the earliest in the second half of next year. TSMC's Arizona subsidiary has recruited a total of more than 250 new employees from the United States since its establishment, serving as the Arizona fab operations, human resources, technical engineers and other positions.

Among them, nearly 100 of the new employees and some of their families arrived in Taiwan in May and are scheduled to undergo 12 to 18 months of training in Tainan. After the training, the relevant employees will return to the United States to prepare for the operation of TSMC’s Arizona fab.

Parts of materials of this site come from the internet. If there is infringement, please contact us