Qualcomm will purchase an additional $4.2 billion in chips from GF, covering 5G transceivers, WiFi, automotive and other chips 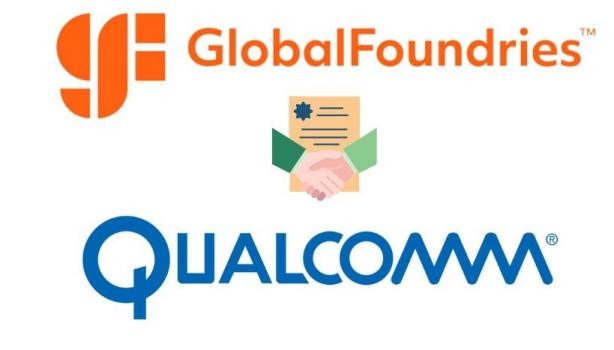 Qualcomm agreed to purchase an additional $4.2 billion worth of semiconductor chips from semiconductor foundry firm GlobalFoundries' New York facility, bringing its total purchases to $7.4 billion by 2028, according to a filing released Monday.

The additional purchase deal expands on a previous $3.2 billion agreement between Qualcomm and GlobalFoundries to collaborate on the production of chips for 5G transceivers, WiFi, automotive and IoT connectivity.

According to a press release issued by GlobalFoundries, Qualcomm is one of the company's first customers to sign a long-term agreement in 2021, covering multiple regions and multiple technologies.

Thomas Caulfield, CEO of GlobalFoundries, said in a statement that for the company's upstate New York factory, having a long-term customer like Qualcomm, plus funding from the U.S. federal and state governments, will make Helps expand the company's U.S. manufacturing operations.

The U.S. Senate passed sweeping legislation last month to subsidize the U.S. domestic semiconductor industry, providing about $52 billion in government subsidies for semiconductor production and investment taxes for chip factories estimated to be worth up to $24 billion. credit.

At the same time, the European Union has also eased financing rules for innovative semiconductor factories to boost its chip industry and reduce its reliance on U.S. and Asian suppliers.

To take advantage of these subsidies, both Intel and GlobalFoundries have announced expansion plans in the European and American markets, with the latter partnering with STMicroelectronics to invest $5.7 billion to build a semiconductor factory in France.

News of Qualcomm's expanded purchase agreement comes as the heads of GlobalFoundries, Applied Materials, and automakers Ford and General Motors will hold a closed-door summit with U.S. government officials on Monday to discuss government investment in semiconductors. plan.

GlobalFoundries is the world's third-largest chip foundry by revenue, after TSMC and Samsung Electronics, but ranks second if Samsung's foundry business, which produces chips for the company's other businesses, is excluded.