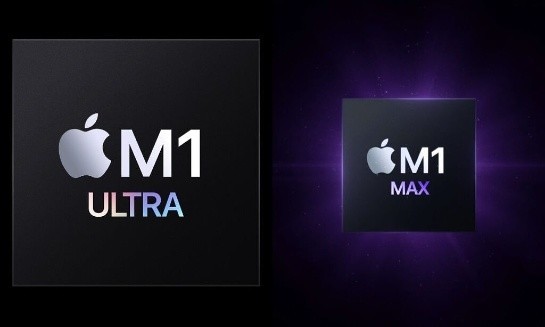 Apple reportedly unveiled its latest computer, the Mac Studio, last week, and the star of the event was the processor chip at the heart.

The chip, called the M1 Ultra, isn't new. It consists of two Apple M1 Max chips spliced together to provide enhanced performance. The M1 Max has been used in high-end MacBook Pro notebooks. The biggest technological advancement of the M1 Ultra is the chip splicing technology. And for the resurgent chip giant Intel, the innovation could be bad news.

Apple has given the chip-splicing technology the snazzy internal name UltraFusion, but analysts say it relies heavily on the underlying chip-making process from TSMC. TSMC is Apple's longtime manufacturing partner, helping Apple produce the chips that power the iPhone, iPad and Mac computers.

Analysts believe that Apple is the first customer of TSMC's new manufacturing technology. This may help TSMC increase production capacity based on this technology and further optimize the process, eventually using the new process to serve other customers such as AMD and Nvidia. Neither company has announced plans to use the technology. On the other hand, Intel is also betting its revival plan on advanced chip-making technology.

Apple's UltraFusion is a type of advanced packaging technology. Companies such as TSMC and Intel use this technology to package multiple chips or chip modules into a single finished semiconductor. This technology has become the key to rapidly manufacturing chips while reducing manufacturing costs. Currently, the technology is used in chips for data center servers and high-end desktops, where it improves the economics of larger chips.

The Apple M1 Ultra isn't TSMC's first foray into advanced packaging, but it could become a more important technology subcategory in the future. For TSMC, getting it right in Apple's chip offerings will help push other device makers to familiarize themselves with the technology, since Apple is TSMC's flagship customer and ships a lot of products.

Jan Vardaman, president of TechSearch International, said: "People don't like to be the first to eat, but they like to see technology that other people are using. So once people see someone using new technology, New technologies will generate greater interest.”

TSMC declined to comment on specific chips and customers, but said packaging technology is "critical to product performance, functionality and cost."

Intel's lead has been surpassed by the likes of TSMC in producing the world's fastest processors. So Intel last year unveiled its revival technology, opening its own factories to make chips for outside customers. Intel calls this business "Intel Chip Manufacturing Services." Right now, however, Intel doesn't have the technology to make chips with the same speed and power efficiency as TSMC. Intel declined to comment for this article.

However, analysts believe that Intel's advanced packaging technology is competitive with TSMC. For example, Intel has used its chip splicing technology to attract customers such as Amazon AWS. AWS said it will use Intel's services to produce custom chips for servers in AWS's data centers.

To be sure, Intel and TSMC's bridging technology differs a lot, and each has made many trade-offs. TSMC's technology supports more connections between chips than Intel's technology, which is important for transferring large amounts of data quickly. But Intel's approach is simpler in production.

"Intel wanted to design a product that could meet a lot of demand without supply chain issues," said Real World Technologies analyst David Kanter, noting that Intel is already working on its Sapphire Rapids server. This technology is used on chips, which may be shipped in tens of millions.

Wadman noted that there is no firm data yet on how the cost of TSMC's new technology compares to Intel's. The technical details of different advanced packaging technologies vary, she said. This is largely due to the fact that chip designers typically consider technologies that fit their goals, and that TSMC and Intel are not competing head-to-head.

Apple may also have added its own special technology to TSMC's advanced packaging technology that would never be available to other TSMC customers. But analysts believe that, for now, Apple is playing a key role in helping bring new technologies to market. Apple has also learned valuable lessons about how to splicing chips and chip modules into larger, finished semiconductors that could help the company save costs in the future.

Ben Bajarin, head of consumer technology at Creative Strategies, said: "In the future, even for basic chip modules, not relying exclusively on cutting-edge chip manufacturing processes will become a more economically aggressive way to design and architect chips. Way."