In 2022, the global foundry capacity of mature processes will increase by 20% 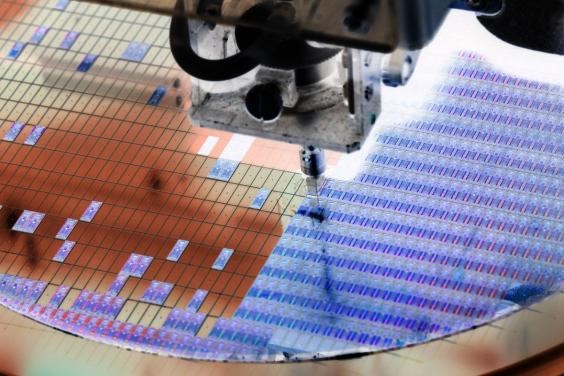 According to TrendForce data, the global wafer foundry capacity will increase by about 14% annually in 2022. Among them, the eight-inch capacity is not cost-effective due to expansion, and the growth rate is much lower than the overall industry average, with an annual increase of about 6%, while the 12-inch capacity will increase by about 6% annually. The increase was 18%. Among them, about 65% of the new 12-inch capacity is mature process (28nm and above), and the annual growth rate of this process is 20%. , and the mature process is the main axis, and the main expansion kinetic energy comes from TSMC, UMC, SMIC, HHGrace of HuaHong Group, and Nexchip.

As the recent expansion activities of process nodes above 28nm focus on the diversified development of specialty processes, TrendForce analyzes the recent trends of special processes for Power-related, MCU, AMOLED driver ICs and other products. First of all, the power-related power semiconductor process can be roughly divided into two categories: power discrete and power IC. Among them, power discrete with MOSFET, IGBT and other power transistors as mainstream products is affected by 5G infrastructure, consumer fast charging, automotive electronics, electric The consumption of power components per unit of products such as cars has increased and the demand has grown rapidly. The overall market has long been dominated by international IDM factories, such as Infineon, On Semi, STM, etc. Global IDM factories account for about 80-90% of the market, while fabless accounts for about 10-20%. In terms of foundries, in addition to the increasing demand from existing fabless customers, in recent years, due to the relatively conservative expansion process of IDM's own factories, the shortage of supply has frequently occurred, and IDM factories have also successively outsourced products to foundries. Among them, HHGrace's power discrete revenue scale in 2021 is the largest in the pure wafer foundry field. With the continuous release of new 12-inch capacity in Wuxi, it continues to help revenue performance, and PSMC and Vanguard have recently increased their eight-inch capacity to undertake related orders.

In terms of PMIC, BCD (Bipolar-CMOS-DMOS) platform technology is mostly adopted at this stage, and the mainstream is manufactured with an eight-inch 0.18-0.11µm process node. Benefiting from the upgrade of technical specifications such as 5G smartphones, data centers, electric vehicles, etc., the demand for PMICs has increased significantly in recent years. However, due to the limited increase in 8-inch production capacity and the need to update the surrounding material conditions due to the release of a new generation of main chips, Various foundries have also successively assisted customers to transfer some PMICs to 12-inch production, and the PMICs are planned to be transferred to 90/55nm process nodes, mainly for smartphones, servers and other applications, including TSMC, UMC, and PSMC. , HHGrace, SMIC, etc. have layouts.

eNVM (embedded Non-Volatile Memory) process technology is quite diverse, mostly used in smart card, MCU and other products, and now eFlash is the mainstream technology. Among them, MCU has a wide range of uses. For example, consumer electronics such as information and communication products, home appliances, Internet of Things products, industrial control, automotive and other functional commands from simple to complex applications will use MCU components, and MCU with memory process technology also Slightly different depending on functionality. Although the demand for consumer MCUs is relatively flat due to the weakening market conditions, the MCU stocking momentum required for automotive and industrial control is still strong, making MCU products still in relatively short supply. In addition, driven by the impact of the short-term epidemic on the supply chain and the cost factors of MCU products moving to more advanced process nodes in the medium and long term, especially when the cost of expansion of processes below 40nm (inclusive) has increased significantly, IDM has increased outsourcing orders. The power to stimulate the layout of wafer foundries. Among them, Taiwan-based wafer foundries with processes below 40nm (inclusive) entered mass production earlier and the technology is mature, and also accepted the release of orders from IDM manufacturers, while SMIC, HHGrace and other technologies are about a generation later, and HHGrace production capacity The largest on the mainland.

The HV (High Voltage) process technology is mainly used in the production of display driver ICs. The current mainstream includes the production of large/small size driver ICs with an eight-inch 0.18-0.11um process node, 12-inch 65/55nm production of TDDI, and 40/28nm production of smartphone AMOLED driver IC. Since the beginning of 2022, the market conditions of smartphones and consumer electronics have continued to be sluggish, causing the supply of large-size driver ICs and TDDI to gradually return to balance. With growth momentum, Samsung, TSMC, UMC, and SMIC all have plans to develop 28nmHV. Others such as HHGrace or Hefei Jinghe integrated process technology are still dominated by 65/55nm, and they do not yet have the ability to mass-produce AMOLED driver ICs.

According to TrendForce's survey, the compound annual growth rate of the global foundry capacity will reach 11% from 2021 to 2024, of which the 28nm capacity will reach 1.3 times that of 2022 in 2024, which is the most active process node for mature process expansion. More The application of special processes will be transferred to 28nm, and the global production capacity of mature processes above 28nm (inclusive) will maintain a stable proportion of 75-80% from 2021 to 2024, showing the potential and importance of the special process market for mature processes.

At the same time, TrendForce said that due to the impact of the epidemic on the global supply chain and geopolitical influence, regional "short-chain production" and supply chain autonomy have become key considerations for wafer foundry expansion. Production and increase the flexibility of capacity scheduling. There are corresponding expansion plans in various places. Except for TSMC's US plant, which focuses on advanced manufacturing processes, the rest of the expansion plans focus on special manufacturing processes. In addition, the recent expansion activities can also clearly show that the land-based wafer foundries are actively expanding mature process technology and capacity planning, and allocating production of key materials such as HV, MCU, PMIC, power discrete, etc., in order to enhance the autonomy of the supply chain, Meet the needs of the automotive, consumer electronics, information and communications industries.